If you want to get to know a city, hit the streets. From the lush smell of street food wafting through the air to local businesses hawking everything from spices to souvenirs, streets can say a lot about a city – and so it’s no wonder they’re also the subject (and location) of so much great art.

In a year when we’ve all stuck a little closer to home and found a stronger sense of community within the confines of our neighbourhoods, we’re celebrating the people who have given our thoroughfares a much-needed splash of colour. From New Delhi to Chicago, we asked ten well-known street artists to choose the one artwork of theirs that best represents the spirit of their hometown.

The results spanned a mix of media and moods. In Melbourne, a sky-high mural celebrates the people who live in the city’s poorest housing complexes. In Mexico City, one artist’s stickers have become synonymous with that sprawling metropolis. And in Montreal and Sydney, we see touching memorials to heroes both local and international.

But one little thing they all had common? Take a look at any of their works, and there’s no way you’ll not want to head straight out your front door and hit up the city streets for yourselves. Now that’s the mark of really, really great art.

Amazing street artists who capture the spirit of their city

‘Melbourne is one of the street art capitals of the world, with more painted walls than cities like New York and Berlin. This work was created in an effort to negate the stigma of the Housing Commission buildings in Melbourne. In production with Juddy Roller and in collaboration with the community, we wanted to create a powerful work that showed the true colours of the positive people that live within the buildings.’

‘In 2019, in collaboration with LuchaYSiesta, we projected the words “FOR SALE” on many famous monuments throughout Rome. LuchaYSiesta is a women’s shelter which provides safe places for women escaping domestic violence. It’S a common good, just like the Pantheon, but the council wants to evict the collective, so we planned this guerrilla campaign to highlight the hypocrisy of the institution. Rome is a city living in the past. Private companies and the Vatican’s ideology regulates life in the suburbs while the city centre is a fancy sweet jar for tourists and rich people only. In this context graffiti and street art are tools to take over public spaces and denounce government abuses.’

‘Anthony Bourdain holds a special place in the hearts of many Montrealers. He loved this city – he featured it in his television series on more than one occasion – and it was one of his favourite cities to explore and eat. Montreal is a melting pot of different cultures from all over the world and it’s this creativity and passion for food and art that gathers people together in sharing a great meal, while telling stories and living in the moment. This, to me, is what Montreal is all about. This tribute to Anthony was my way of saying thank you for all the times he took us with him on his adventures.’

’After 20 years’ experience, this is my first big mural in the city centre. I chose this mural because, as a rule, the last work I finish is usually my favourite. But it also reflects the spirit of Madrid. It represents the freedom, colour and light that you can see in the city year-round, and the mural creation also coincided with the celebration of Pride. The mural, which depicts two girls from different cultures kissing, reflects the multiculturalism of this city along with concepts like free love and diversity – all of the reasons I chose to live in Madrid.’

‘This is one of the longest living pieces of street art in London. Certain areas of London (and they are invariably the poorer boroughs) did not have the money to clean graffiti and this is where street art grows and thrives. I chose the word “scary” because I was transitioning between graffiti and street art and graffiti has always been perceived as scary. At certain times and in certain places London can be a little bit scary, too.’

‘The title of this work is “time changes everything” and the words on the artwork refer to everything which changes with time. As a city, New Delhi is also changing and evolving – a lot has changed over the last couple of centuries – and this work represents the ever-changing landscape of the city. Delhi is home to two million people, most of whom have no or very little access to art, but the same year this art piece was installed in Lodhi Colony, the city also got its first public art district.’

‘This is a work that I installed with two dear friends on the banks of the Saone – a symbolic spot in itself for celebrations and beautiful meet-ups in Lyon. This city is definitely making its mark in street art. There are loads of great artsy districts, like the slopes of the Croix Rousse, where you can find everything from collages and tags and installations and murals. And now Lyon has unmissable events like Superposition or the Peinture Fraîche Festival (Fresh Paint Festival).’

‘This is a tribute to Sydney icon Danny Lim and his late partner-in-crime Smarty. You can find Danny in all pockets of Sydney wearing his signs and spreading love and positivity to all who cross his path. If Lord Mayor Clover Moore hasn’t given Danny the keys to the city yet, she should and he should be renamed Mr Sydney because he makes it a better place.’

‘I chose “Half Fox” because it is a piece located in a very central area of the city, near the river, and a good spotlight for the message that this series is trying to get across. “Half Fox” is part of my “Big Trash Animals” series: animals represented by the plastic and waste materials that are killing them.'

‘I paint colourful, powerful and expressive artwork in the streets to portray the African essence of Barcelona. I chose this work because it is primitive, tribal, abstract and full of colours. I think it connects very well with the spirit of Barcelona – a Mediterranean city with African influences. Barcelona has allowed me to establish strong geographic, historic and cultural ties with my roots in Africa, and I try to share this spiritual identity through my work in the streets.’

‘Hong Kong is full of different styles of street art, and each pocket in the city has its own vibe. This mural is located at Causeway Bay, one of the busiest throughfares in Hong Kong. So many people walk past this mural everyday; I chose it because it’s a good representation of what I want to do with my work – use colourful art to make people happy.’

‘This is a recent mural I did in the Pilsen neighbourhood. I created it with students from Yollocalli Arts Reach, a nonprofit youth organisation. To me, this mural represents the community finding light in during dark times like a global pandemic.’

‘My logo has become emblematic of Mexico City. I’ve been experimenting with stickers for 20 years and I feel very proud of the shapes, textures, colours, styles and messages I've created. Many people devalue the power of a sticker, but they are powerful: they are invasive, they stick anywhere, they are easy to carry, they communicate many things, and they can easily become collectibles.’

More street life from around the world 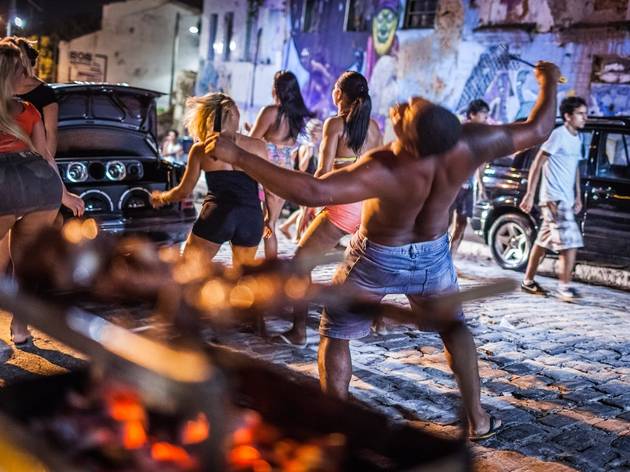 Vibrant or empty, jubilant or downcast, the results are a buoyant celebration of streetlife worldwide – in all its glory and contradictions. 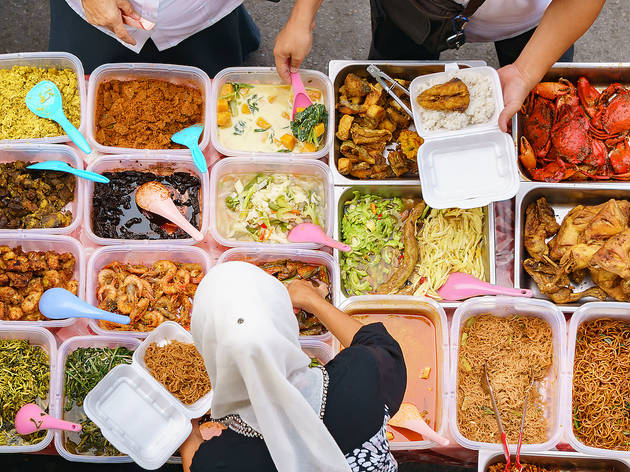 These faithful cooks may be working with small kitchens, but the food they’re slinging is brimming with soul. 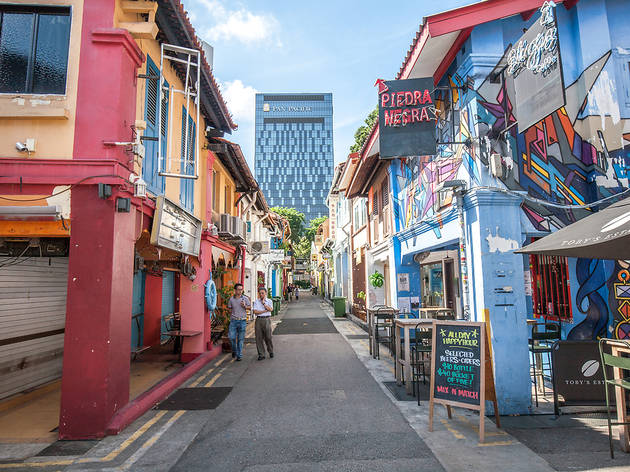 What makes a street cool (particularly in 2021)? To sum it up: food and fun, culture and community – and a rooftop bar doesn’t hurt either. 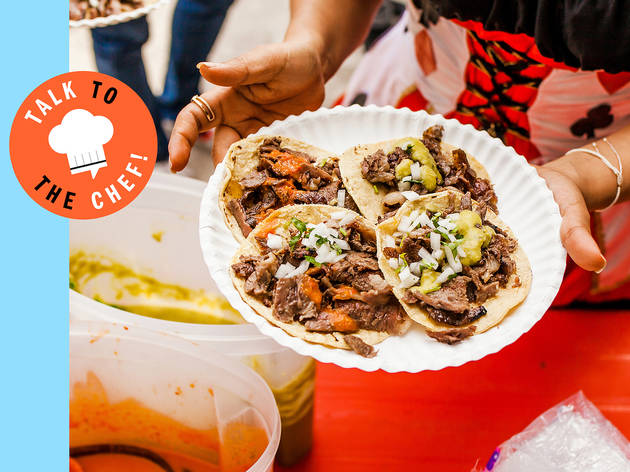 We asked some of the world's best chefs to share their all-time favorite street eats.

Advertising
We know this city. Do you?